You are here > Meet the Board > Michael Soper 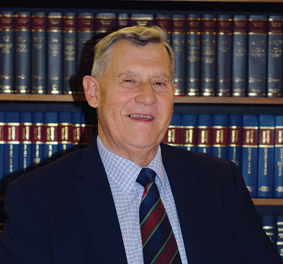 Since 1980 Michael has been involved in cricket administration. In 1995 he became Chairman of Surrey County Cricket Club (SCCC). In 2003 he was appointed Deputy Chairman of The England & Wales Cricket Board and was also Chairman of the First Class Forum, in charge of all the 18 First Class Counties. Michael resigned in 2008 and in 2009 became President of SCCC for one year. He is also a Vice President of Hampshire County Cricket Club. Michael too is Chairman of the 450-member strong SCCC Dining Club which he jointly founded in 1995.

Hobbies and interests: Cricket, Rugby, fishing and his home.

Michael enjoys reading and is a Horatio Nelson addict.

Michael Says: “I believe I can bring to East Boro ideas that I have learnt from a lifetime of sitting on Boards with the necessary checks and balances.”