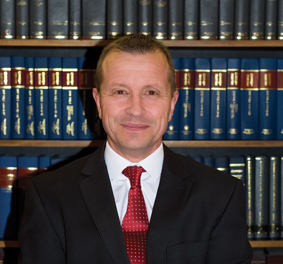 Kevin joined East Boro as the Chief Executive in September 2000.  Kevin is a qualified Fellow of the Chartered Institute of Housing and studied for his professional Housing qualifications at Southampton Institute (now Southampton and Solent University).  Prior to working in Housing Kevin worked in the Leisure Industry running a leisure club including bar and restaurant and was a member of the Weymouth and District Round Table.

Before joining East Boro, Kevin worked for another Housing Association managing their Supported Housing throughout the South West of England.

Kevin has considerable Committee/Board experience as he is a former elected Borough Councillor (served for twelve years) and held numerous committee chairs and positions including the Chair of Leisure and Tourism, Chair of Direct Labour Organisation, Chair of the Housing Benefit Appeals Committee and Vice Chair of the Policy and Resources Committee and the Planning Committee.  He was also a member of the Health and Housing Committee for three years and undertook the role of Deputy Mayor during his time of service.  He has also served as a Non Executive Director on a Primary Care Trust (appointed by the Secretary of State for Health), and two other Housing Association Boards (one as a Statutory Appointee appointed by the Housing Corporation).  He also has the honour of being bestowed with the title and position of Honorary Alderman of the Borough of Weymouth and Portland.

Kevin is married and lives with his family in Weymouth.  He enjoys watching most sports but specifically football and is a lifelong Arsenal fan but a keen Bournemouth Cherries supporter, where he is a season ticket holder.  He enjoys playing bowls and relaxing reading, normally about Housing or a John Grisham or Michael Connelly novel!